Data and Trends Today in Lobbying

Donald Trumps fills his white house with full of lobbyists. Drain the Swamp, was the call made by the president earlier, soon after his acclaiming the throne. Soon after the elections were over, the cabinet list members, and the transition teams selection were quite amusing for anyone. These binders are full of lobbyists. Most of these pros were paid attorneys for the financial institutions and banks, advocates of oil companies, and so on.

When asked about this, Trump, says, everyone worked for the government, for a while. Then they quit the job to 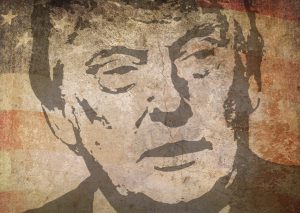 become a lobbyist. That is how you see the whole arena to be filled with lobbyists. Stated policy goals, of Trump, were advanced through these intellectual and knowledgeable men in varied capacities. Public staff or the government servants have never taken any corporate donations. Reducing the influences of the lobbyists who have the special interests, of the personal or corporal kind, has to be brought down. That was the pledge from Donald Trump earlier.

There is no need to break that point just within such a short period. There are well-qualified people who are CEOs of the manufacturing companies, and the professors of the universities, as well as the doctors, who could be picked to service in the white house instead. This is the latest trend and one example of lobbying culture that is quite prevalent in the USA today.

With that said, if you are not keen about the latest trends and data then you are not complete in your understanding about lobbying in the local politics. Therefore, to add on, lobbying and the straight contact with those policy makers are vital components of the advocacy campaigns. This is the lenient way to bring in positive changes as desirable for the commons. Asking questions to the key decision makers is part of the advocacy campaigns. That is to vote on the specific stand. That supports the positive changes on the piece of legislation. That influences the issues, rule and the concerned policies. Face to face, meeting is the best of the lobbying. It must be done with the elected key members, in a persuasive manner. Issues at stake are opened up; overseen, analyzed and right decisions are taken or suggested to be implemented eventually. The meeting need not have to be with the elected key officials always, though.

His or her assistants, or the senior staff of the elected official’s office, and many others, can be met in person. Remember, meeting the key officials or the assistants, need not have to be an intimidating process. There is no such need to do so, from either side. Certainly, you do have a higher degree of influence as one of the constituents, to express your opinions. In order to navigate through the entire process quickly, easily and successfully to bring in effective changes and legal amendments immediately, you have to be doing the preparations well. When you are well prepared, you are well organized in your presentations. Shallow knowledge is exposed and results in rejections at once.