Donald Trump recently banned transitions officials and the administration officials, from lobbying in the white house for five years. Top talent is not able to join the team to support the president just because of this rule. It becomes tough to fix the cracks and fissures that arise in the organizational set up. It is not plausible idea to fix the loopholes in the system just because of this five-year ban. Practically, Donald trump has made way for this rule to exist even for longer time than what it was imposed. It has become increasing common for all those ex officials, to find channels to use their influence, even though they are not registered to be the lobbyists.

In Washington today there are only 12000 registered lobbyists which is 3000 lesser in numbers to what the state had earlier in 2012 surveys. It means the registered practioners are coming down in numbers. Donald Trump’s decision of this kind is only going to add on fuel to the fire. There is more number of unregistered lobbyists that are influence the key decisions. It is just going to be on automatic reaction that causes the rhetoric effect rather than producing 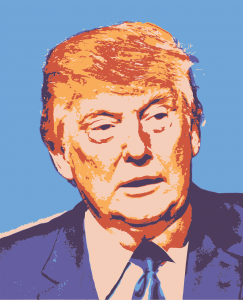 any fruitful solutions to the issues targeted.

As per the lobbying disclosure Act, the former officials can choose to avoid the registrations as lobbyists. It can happen if they are going to spend lesser than 20% of their own time, in the meetings. The meetings here mean those done with the government officials. The time spent in preparing for the government officials will also be included under this category of 20%. Thereby, the former officials would try to avoid spending time in that way, to have direct contacts.

It can be guidance for the colleagues to make sure that they are doing right favors to the clients. Still, it must be well within the 20% as per the Lobbying disclosures Act. Having said that, the unregistered practitioners are only going to increase in numbers in the upcoming years. When they have enjoyed that privilege of making the best out of their time in that way, by being unregistered lobbyists, they would only continue to do the same even after the 5 years period for what the ban has been allotted.

Therefore, it is not a drain the swamp operation but it is a Daschle loophole in the set up. This has to be understood by both the lawmakers and the key decision makers, and do the needful changes immediately. That being done, there are enormous changes that we could see in using the brilliant minds, in varied domains towards the betterment of the Country and the efficiency in the operations of the government bodies.

This is one of the latest and most interesting high tech lobbying issues that is taken into due consideration for better explanation about the lobbyists role and the corresponding hearings. Interestingly, the inferences are also equally significant enough to note down, in the above-mentioned example.