Lobbying Disclosure Act of 1995 is strengthened further with the honest leadership and open government act, 2007.

Funding and the lobbying activities, that were found to be suspicious, in many cases, were inquired. The results of the inquiry were not favorable to the government. This is the reason why the amendments in the earlier law. There were needs concerned with the funding and the lobbying activities. Restrictions came into place in offering any gifts to the staff of the congress or the leaders. President George W. bush approved and signed it. The law was enacted in 2007. 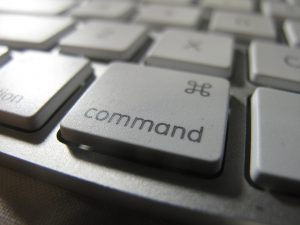 The prime objective is to be closing the revolving doors. Senators were prohibited from gaining access through the lobbyists. According to the law, the senior officials were not allowed to lobby for their previous committee or office at least for a year. Prohibits the gifts from any of the lobbyists. Members of the congress are not allowed to travel on the tickets issued by the lobbyists.

Lobbying activity must be coming to public disclosure. Disclosures must be made in both the senate and the house. This must be done through email. Yet, the details must be presented for public viewing. This must be present in the internet database that is open to the views of the public. Civil penalties are liable, if any breach of code or the lobbyist attempts conduct during the action. In case of corruption, criminal penalties can be levied up to 200000 dollars and a sentence worth five years in jail.

With all such stringent procedures being in practice, there are no chances for the miscreants to use the idea in a wrong manner. That is why lobbying in the USA is pretty much controlled while compared to any other parts of the world. Developing nations trying to implement these ideas has to be fortified with immense disciplinary procedures in the social set up. That is not possible in big nations like India or china so easily. That is the reason why lobbying is connected to corruption in such developing worlds.

Lobbying for a strong cause

Those who are activists or who are involved in the lobbying activity for noble reasons, must be mindful of all the above-mentioned facts. Despite the keen interests to serve varied industrial sectors or to protect the interests of the nonprofit organizations, if the efforts are not structured and the steps are not measured, it is tough to get your goals fulfilled. When you are walking on the tight rope there are all chances for a fall, unless and until you are skilled protection. Moreover, there are so many others who are constantly watching your moves when you are lobbying for the benefits of either an individual or any organization. These watch dogs can be against the opinion or else the ideas for what you are fighting for, can be against their commercial motives and profits. It is essential to analyze things from all these grounds, without fail. Security must be a prime consideration too, while lobbying.